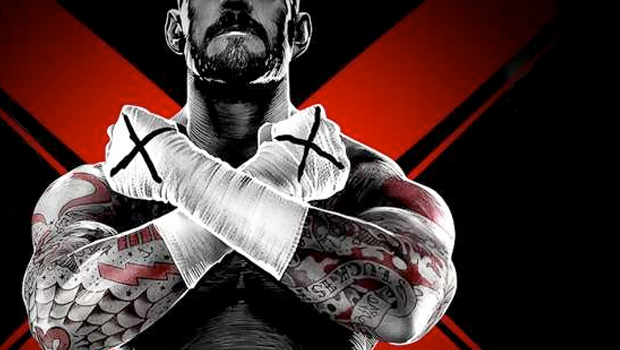 The game focuses on the Attitude Era of WWE, replacing its Road to WrestleMania Mode with an Attitude Era Mode where the player plays through the Attitude Era in 6 different storylines. The game also brings back its Predator Technology engine, adding in a new audio system called WWE Live. The game is said to be the second phase of a “Revolution” in WWE video games, with cover athlete CM Punk taking charge. Following release and positive reception, the game would be nominated for the Spike VGA for Best Individual Sports Game

There isn’t to much about this game that I can say that hasn’t already been said on sites such as IGN, WWE Games, Gamespot, IMDB, and many others! For video games fanatics, sports freaks, and WWE fans alike this game is absolutely top-notch! I have been playing WWE video games since their Nintendo 64 release of WWF NO MERCY. So many great games have come. Wrestlemania 2000, Smackdown! line, and Smackdown Vs. Raw line. Many more as well. WWE and THQ really revolutionized the sports entertainment video gaming experience with the initial launch of WWE 12. The gaming system was COMPLETELY resigned and made easy to use for every gamer young and old.

I have to be honest and say that although I miss the idea of the road to Wrestlemania mode I don’t miss the actual road to Wrestlemania. I am loving the attitude era mode. I began my journey with WORLD WRESTLING ENTERTAINMENT back in 1998 when the attitude era was really beginning to kick off. I was HUGE DX/HHH/Stephanie McMahon fan and remained that way until today. Side note, i’m a bit bummed HHH is retiring (for now) and that he cut his hair! This installment from the WWE franchise of games really was a well loved trip down memory lane.

Another great thing about this game is how easy it is to play. My one complaint with the game is that there is no training mode. My partner can’t play the game simply because I don’t have the patience to teach and he doesn’t have the patience to read the manual to learn. WWE 12 had a very annoying opening sequence to the game that slowly taught you how to play. I complained about that but now there is no way to learn how to play the game until you ACTUALLY play and read up a bit (if you’ve never played a WWE video game).

The game really makes up for this one spot it is lacking in how real the game looks. Check out Triple H’s entrance video below,

How awesome is that? I can not get over how real this game looks. There are a few annoying glitches in the game as far as graphics go but hell, its a video game. You can’t expect anything more. This game is a great play and can’t wait to get more game time in. Has anyone else played the game? Thoughts?