In the DOMAIN section you can find all kinds of site-specific information. Below is everything regarding the sources I have used to create the site and some miscellaneous thank you’s that are deserved. Eventually you will be able to find affiliates as well.

GodGiveMeTruth.us is part of the God Give Me Truth Network. The network consist of the following –

I originally opened HISWORLD.NET back around 2000. I LOVED that site and I can’t recall why i let it go. I think that i just truly outgrew it. It was nothing more than a personal site/blog and was my first fanlisting collective. The first image below is actually one of my very first fanlisting! 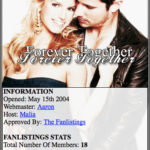 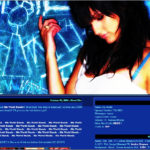 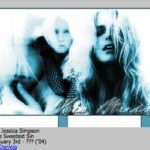 I made a lot of friends back then! I even remember a message board called LABELLA MAFIA. I can’t even begin to tell you how many countless hours i spent on that message board. The third image was actually a gift from one of the many great people i had become friends with. I always wonder where they all went. Again, i don’t remember why i ever closed the site. I think it was just me growing up and moving on to bigger and better things.

I also had MRLACHEY.COM a site dedicated to Nick Lachey. I’ve always been a Nick Lachey fan and eventually discovered Jessica Simpson through my love of 98 Degrees. Not longer after HIS WORLD was opened I wanted a fan site. I looked at something WWE and then eventually wanted something JESSICA SIMPSON. Sweet Kisses was going strong back in the 2000’s (and still is!). I didn’t see the point of competing against Joanna.

The show NEWLYWEDS: NICK & JESSICA was huge so i though “Why not open a Nick Lachey site?!” It would still allow me the ability to blog a bit about Jessica but the focus would of course be Nick. The site followed the entire run of the show, the release of his first album, their heartbreaking divorce, and then eventually his 2nd album. Again, growing up and moving on I let the site go. In the end i believe that my loyalty was to Jessica and not Nick ( i know .. cheesy). In 2006 I thought i would revive the site (bottom right image below) but that never went anywhere. 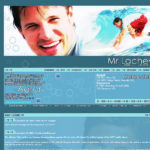 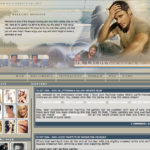 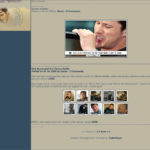 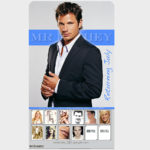 I came up with the name GOD GIVE ME TRUTH back in 2005. Britney Spears had recently become pregnant and released the song Someday (I Will Understand) and the lyrics “God Give Me Truth” just really struck with me. Although probably not her best song I think it was one that was extremely impactful for me.

Nothing seems to be the way, That it used to
Everything seems shallow
God give me truth, In me
And tell me somebody is watching, Over me
And that is all I’m praying is that

I still truly LOVE that song. In the fall of 2005 I bought the domain name GODGIVEMETRUTH.COM and began an entire new journey! I spent MONTHS designing that first layout. I’m still bummed i can’t find screenshots of the original layout. I remember that it featured Britney Spears in a black dress (my favorite shoot). 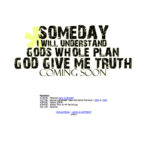 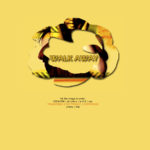 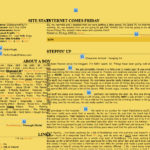 I lost GODGIVEMETRUTH.COM sometime in 2008/2009. I regret very few things in my life but losing that domain name was one of them. I’ve debated on spending the money to get it back OVER and OVER again. That would cost me around $1000 instead of the standard $10. Losing it was my own fault. I didn’t pay to renew and before i knew it… it had vanished. I wasn’t ready at that point to give up on GOD GIVE ME TRUTH.

In 2010 I decided that I would transform the name into something more, into a BRAND. Thus, the GOD GIVE ME TRUTH NETWORK was born. I had to drop the .COM and moved onto .US/.NET as my leads (i couldn’t decided between the two). I eventually leaned on .US and had .NET forward there. I got deals over the years on .MOBI, .ORG, and .INFO. I’m sure i’ll keep .ORG/.NET but the other two i’ll probably drop (because i don’t see the point).

I now host, once again, my personal blog, my fanlisting collective, and various other bits and bobs from my online life (you might find my TCG post lurking about). My partner Brian wrote a beautiful trilogy titled EXTRA INNINGS. I host his own personal blog/site on BWGIBSON.NET.

In 2013 we had a bright idea to start a food blog. At that point MEAL AMORE was born. I bought the layout that you will currently find on the site. Since opening, we have done nothing. Not on purpose.. life just got crazy! At some point I hope that we really get the hang of the ‘blogging’ business and it turns into something more! I’m still open to the idea of turning the site into something or, if interested, selling it to a good home.