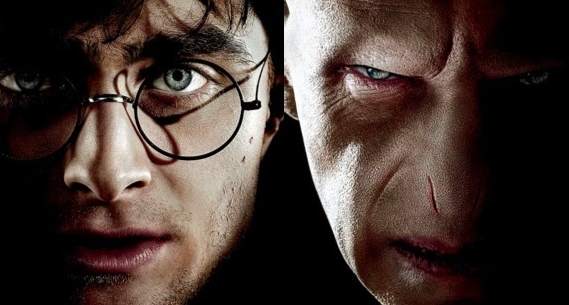 The final chapter begins as Harry, Ron, and Hermione continue their quest of finding and destroying the Dark Lord’s three remaining Horcruxes, the magical items responsible for his immortality. But as the mystical Deathly Hallows are uncovered, and Voldemort finds out about their mission, the biggest battle begins and life as they know it will never be the same again.

I have to admit that I did very much enjoy the final installment of Harry Potter, but overall  felt it could have been a bit better. Being that this was going to be the final installment of the ever successful movie/book franchise I was expecting so much more that what the movie delivered. The plot was very simple, the magical objects that held the key to Lord Voldemort where all easily destroyed, and the acting from two of the lead actors (Emma Watson and Rupert Grint) was very dismal (I do LOVE LOVE LOVE Emma Watson though!).

I was much anticipating this movie because of how boring the last movie was. I’m not saying that in a bad way either, I fully understand that part 6 was only leading into part 7 but still found it to be completely and utterly a waste of my time (sorry Harry). Understanding that part 6 was leading into part 7 made me want to see 7 so much more. I do feel as if part 6 was designed to be somewhat boring to lead you head first into part 7. And that I have to admit it did well.

Now, I know that people disagree with my comments on Rupert and Emma but I stand by them. I don’t think the poor acting was completely their fault. I’m sure it has to do with poor script writing for them. They are such huge characters and it almost seemed as if their scenes could have been filmed in a days time.

The effects in this movie are absolutely stunning! Visually, I think that this movie is one of the best. It seems to be one of the least stunning out of the franchise but there are a few scenes that really take your eyes for a strong journey through the world of Harry Potter. One of the first items to really stand out was when the force field around Hogwarts was destroyed. Visually this was a very appealing scene to watch.

Even though I have never been a Harry Potter follower I have scene all of the movies in theaters and very much enjoyed all of them as they have been released. I am a bit bummed that the series is ending. The one things about the ending of this movie is that (1) its predictable, i won’t tell you why for fear of running the movie, and (2) it does successfully wrap up the series and potentially lead into a new series!