I have had acne for about as long as I can remember, or so i thought. I felt at times like i ‘struggled’ a lot through my teen years but looking back I don’t know that I truly did. When I think of acne I think of the worse case scenario. Those that struggle are those that have horrible acne scarring and a continuous onslaught of pimples popping up on their face. That truly wasn’t me.

I always had something popping up on my face but rarely had more than a couple pimples. My true struggle was just the hyper pigmentation that was left behind after each breakout. My pimples would be gone but the red mark left behind would stay at times for months. Even years. It was more than frustrating.

I got to a point about a year ago that I just couldn’t take it anymore. I’m sure that the majority of you know by now that I wear makeup. I’m not embarrassed by it and i’ve never been afraid to tell people about it. Those that wear foundation can attribute the fact of how frustrating it is to have breakouts when your wearing makeup. My skin was always combination/oily and I had to purchase specific products to accommodate. Half way through the day I might as well have been wearing nothing.

I went to Walgreens minute clinic to see what they could offer (they now offer solutions for acne). That was a horrible experience. I was offered the solution of buying a random face wash and mask to use on a nightly/weekly basis. Waste of money and time. I finally had enough and made an appointment with a dermatologist that a few of my other family members have seen on a regular basis for years.

This was truly the best decision that I ever made. We tried a combination of medicated washes and pills but nothing worked the way that I hoped. Progress was just to slow. Once you are on antibiotics for so long their is only so much that the dermatologist can do so they stop the pills. Antibiotics stop working after so long so it was time to move on.

That was when the dermatologist suggested Acutane. I was shocked. Acutane was for people that had severe cystic acne. That I knew I didn’t have. My problem wasn’t numerous pimples on my face it was again, the hyper pigmentation that was left behind from the pimples that I did get. Why would my dermatologist want me on something so severe?

My treatment wasn’t horrible. My skin dried out slightly and i had quite a bit of nausea that first few weeks (the nausea went away after a short period). The only complaints I had where the severity of how dry my lips got and the annoyance of the packing it came in. I swear.. you got these big boxes that included about 2 weeks worth of medicine. Inside that box was about 4 smaller boxes. You had to then unfold the boxes, discard some security warnings, and then every day (twice a day) you had to rip through the packaging below. 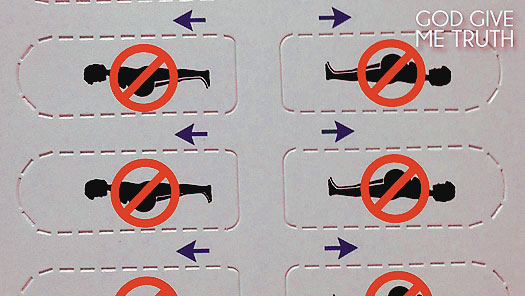 My results were worth it! I’ve been off the  medication since the very end of September and I haven’t had a breakout since stopping the treatment. The dryness that I had was never out of control and after about a month completely went away. My lips were an absolute nightmare (i couldn’t do enough to keep them moisturized) but that too cleaned up in about a month.

My concerns after the treatment were the length of time I would be clear from acne. The dermatologist said that i could be clear for anywhere from a few days, a few weeks, a few months, to the rest of my life. They can’t determine how long the medicine’s affects will remain. I’ve stock with the same basic face wash I used during treatment, used a lighter moisturizer, and then  started to occasionally use a Retin-A that my dermatologist prescribed (wrinkle benefits in that bad boy too!).

I’ve been asked a few ties if I would/would not recommend it for someone else. I can’t make that decision for anyone. I can tell you that the side effects for me were minimal and the results were fantastic. Some people don’t have that great of luck though. You can read various reviews across the internet of people who have had horrible affects from the medicine and some that have even died. Pregnancy is of course never an option on the medication so if you are planning on being pregnant or could be don’t even consider it (I believe that women have to take pregnancy tests on their monthly visits to confirm that they are indeed still not pregnant).