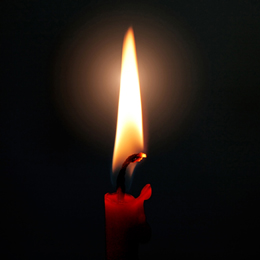 I know that this is a VERY controversial topic, but its one that must absolutely be talked about. Yesterday my partner and I went on a short road trip to Amish Country for lunch. Instead of enjoying our usual holiday music for the ride down I decided that I wanted to listed to the CNN state on my sirius radio.

I have been very bothered and deeply disturbed by the events that unfolded friday afternoon in Newtown, Connecticut. Through our two hour car ride CNN repeatedly recapped the information that we already knew and continued to provide breaking news updates throughout the afternoon. The two items that CNN repeated over and over again were that we needed (1) tougher gun control laws and (2) tougher mental health laws.

Yes, I agree that if laws on gun control had been more strict our shooters mother may never have had this semi-automatic killing machine in their home. But their were 5 other weapons within the home that the shooter had access to. CNN brought another good point, if you want to kill someone what is going to stop you? Gun control laws aren’t going to stop you from obtaining a gun. It’s similar to drugs in my eyes. Drugs are illegal substances but look at how many people are admitted to rehab each year because of a drug addiction. I can’t tell you how many people I knew in high school that smoked marajuana. The laws on drugs never stopped them from doing them.

I’m not in anyway trying to justify the horrible crime that was committed on Friday. I feel the same pain and mourning that the rest of our country is feeling. I just believe that it’s time to take a stand together and put in place solutions to attempt to prevent this from happening within the future. I believe that CNN had it wrong. We need to look past laws and policies and think outside the box for a proper solution.

I understand that this topic is controversial. I’m not looking to argue with others on the issues. Please be respectful with your own personal questions, comments, and concerns