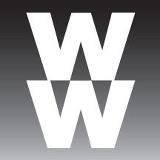 Weight loss has been a struggle for me my entire life. I remember deciding that I wanted to do my first diet on summer break between my Sophomore and Junior year of high school. I remember for the first time in my life thinking that I was FAT. The diet was nothing special. I don’t remember the amount of I lost but I remember the feeling after that first journey.

7 years ago, at age 19, I was again faced with the same issues I dealt with in high school. Alone, working retail in a mall, going to school full time, I let myself get to a record high of 325 POUNDS. No, i’m not kidding. 325 pounds was, and still thankfully is, my max weight. Wearing an XL DRESS SHIRT with buttons about to burst I knew that it was again time to make a huge change and I had to do it fast.

One of the ladies that I worked with had this great idea to try WEIGHT WATCHERS. She said that we could buy the books to do the program offline and read about how to do the program online as well. As crazy as it sounds that is exactly what we did.

I feel that the program is pretty straight forward. You are allotted a specific amount of ‘points’ per day based on you sex, age, activity level, and current weight. The goal is to eat within those specific points each day and the end result is that you lose weight. Well.. it works!

I’ve tried NutriSystem, The South Beach Diet, Slim Fast, The Master Cleanse, and many other random diets (just google diets and the crap that appears will blow your mind). This was the first diet where I could eat whatever I wanted and not have to feel any guilt. If I wanted to go out and get a quadruple cheeseburger I could. I learned that there were consequences to what I was eating though. If I ate that burger than there was nothing else that I was going to be able to eat that day.

7 Years ago I went from 325 pounds down to 225 pounds. It all took less than a year to do it as well. I have spent the last few years (and attempted a few of those crazy fad diets as well) fluctuating between 200 and 225. I was a big fan of NutriSystem but the cost was way to expensive. I used Slim Fast to get down to around 180. I still struggled back and forth with different diets.

When February began I had another co-worker who had the bright idea to do Weight Watchers and wanted someone to do it with. I stepped up at around 175 pounds and decided it was time, once and for all, to finish my weight loss journey and get exactly where I need to be.

Now, almost 2 months into the program, I am down another 15 pounds and am around 160. The sad part about this journey, and also the most shocking to me, is that my co-worker has fallen off of the band wagon and i’m still going strong! We head to VEGAS next week so i’m hoping that I can stay on the diet with no issues.